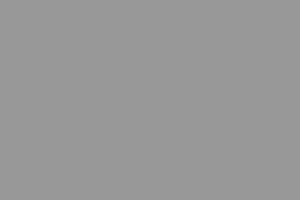 A new countywide team dedicated to tackle criminal threats and challenges that emerge in a particular local area is now operational and active.
The Neighbourhood Crime Proactive team, which will be known as the Kestrel team, will provide a key aspect to the force’s capability to address high-volume crimes, drug crime and associated anti-social behaviour. Where necessary, it will also assist and support in targeting local policing priorities and deal with the policing issues and concerns which matter most to local communities.
The Kestrel team of seven (one sergeant and six PCs) based at Eye will be a highly visible and uniformed team, deployable across the county to any location in support of local policing.
The team will be able to support locally based teams in tackling violent crime, burglary, robbery, vehicle crime, drugs and anti-social behaviour.
The funding for the new seven strong Kestrel team has come from finance provided by Suffolk Police and Crime Commissioner’s 4.69% increase to the policing element of council tax precept for this financial year. This rise will ensure the force continues to robustly tackle emerging criminality and will strengthen the force’s proactive capability to respond to community concerns.
Assistant Chief Constable Rob Jones said: “Having this additional team available will bolster our capability to rapidly support our local policing teams in addressing criminality. It will strengthen the force’s proactive capability to respond to community concerns and help us robustly tackle emerging crime trends in an area and, ultimately, bring the perpetrators to justice.
Tim Passmore, Suffolk Police and Crime Commissioner said: “I am very proud to see the Kestrel team in place and ready for action.
“The funding of these officers has come directly from the precept increase in this year’s budget. It is one of several additional resources made possible by the precept increase and I hope people will see that their extra £10 a year – for a Band D property – really is making a difference.
“This team will be able to swoop into areas where additional resource is required to deal with issues affecting communities, working alongside local policing teams. I wish them all well and look forward to hearing the results.”County Policing Commander Chief Superintendent Marina Ericson said: “This dedicated Kestrel team will have the ability to dynamically deploy into a particular area for a period of time to target crime and work alongside the relevant local policing team.
“The team will work alongside other teams and partner agencies, putting a problem-solving approach at the heart of its activities and embracing creative and innovative methods. It will form a key part of the overall policing response to dealing with both existing and emerging criminal threats and challenges in local communities.”

A short video of the team can be found here.

The Kestrel team is pictured above with Sgt Kelvin Wenden in the foreground on the left; Chief Superintendent Marina Ericson (centre) and  Tim Passmore (right).