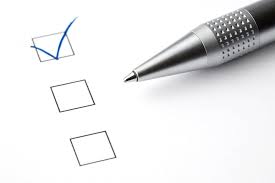 Suffolk’s Police and Crime Commissioner is asking Suffolk council tax payers whether they would  be prepared to pay more towards the police service they receive; for a Band D property this would be 23p more each week, bringing the annual precept payment to £188.82.

Police and Crime Commissioner Tim Passmore said, “Suffolk Constabulary does a good job for the people of Suffolk. It is a low-cost force and offers good value for money. However, we face significant financial challenges and this will continue for the foreseeable future.

“On December 19th the Policing Minister made his announcement about funding for the next financial year. Whilst we will receive the same amount of core government funding as in 2017/18, the bottom line is this does not take into account the impact of inflation nor additional policing costs, so I will need to raise the council tax precept to cover this.”“I understand the impact an increase in council tax will have on you as a resident of Suffolk but I have a difficult decision to make.”

The PCC had already committed to raising the policing element of the council tax by 2% for 2018/19, however Government has revised the precept limit upwards so he can now raise the policing precept by up to 6.8% (which is £12 per year for a Band D property).

He continued, “I need to know whether Suffolk residents would be prepared to pay an extra 16p per week, which will be difference between the 2% and the 6.8% precept increase (based on a Band D property).Increasing the precept by 2% will add approximately £860K to the annual budget, resulting in an increase in the policing element of your council tax in 2018/19 of 7p a week for a Band D property. However, this could result in a reduction of the police service you receive because we would still have to identify £800K of additional savings for next year. If we increase by 6.8%, rather than 2%, it would add a further £2.1m to the policing budget for the next financial year. This will cost council tax payers an additional 16p a week, which will be an extra 23p a week in all.

The Chief Constable has advised me that the additional funding, generated by a 6.8% increase, will give much needed stability to the Constabulary. It will give us the necessary funding we need to:

The survey will close at 5pm on Wednesday 10th January.